The Story of the Batemans: Redevelopment Threatened Their Home in High Park Village 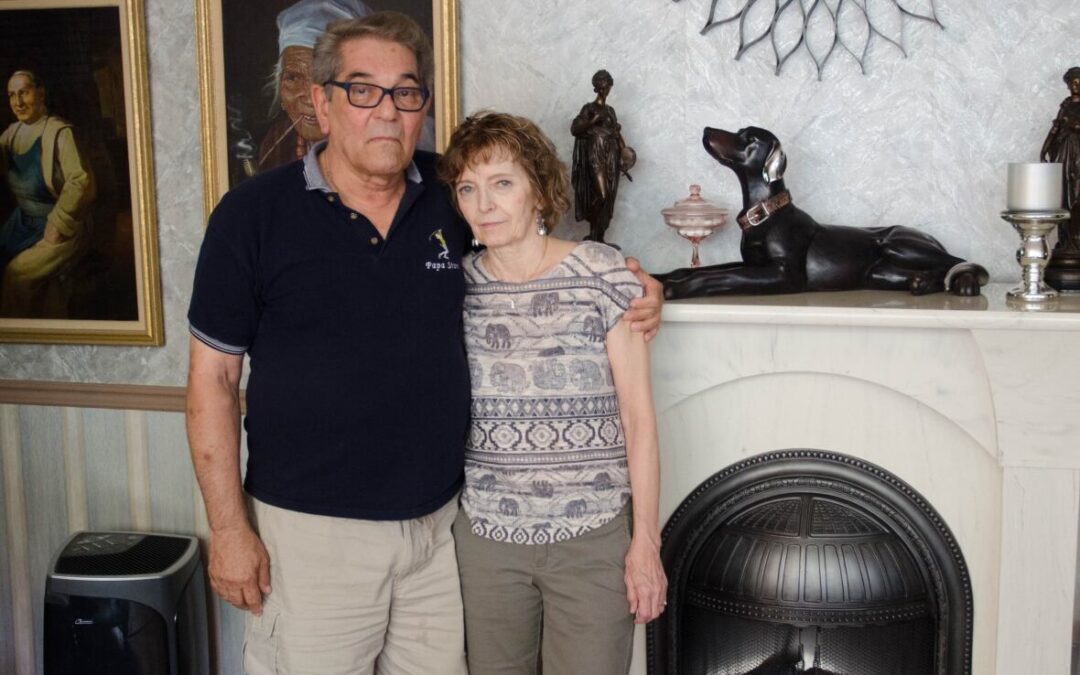 No ones understands this better than Stan and Paddy Bateman. In 2017 they faced the proverbial wrecking ball and eviction as developer GWL Realty (formerly Vertica). threatened to kick them out of their life-long home at 65 High Park Ave.

That plan was eventually quashed and the retired couple can stay in their beloved home where they raised their family. They are well known and respected among their neighbours and lovingly tend to a corner of the building that has a small garden outside their apartment.

According to Stan, he has witness an assortment of landlords as a tenant in the 1970s concrete apartment building that sits halfway up the block north of Bloor St. He’s less than impressed by GWL and their antics. Fortunately they rallied friends and colleagues and neighbours and got press via the CBC and sites like Toronto.com.

After intense pressure, GWL backed off. They eventually declared that it was a mistake. It was apparently a all a misunderstanding and they never intended to evict the couple.

The Bateman’s know this is nonsense. GWL met their match and lost. Between GWL and Ziedler Architects a massive mistake was made. Instead of a plan to simply place any retail at the location of the new building just north of theirs, GWL arrogantly planned to kick tenants out of existing buildings. There’s still a plan to evict other tenants in ground floor suites in the neighbourhood.

It’s shocking that a developer like GWL would consider evicting tenants to make room for retail that could easily exist in the gigantic podiums that will sit below the new towers. What are they thinking? they are certainly putting commerce before community. The story the Batemans can tell is testament to that.

“After 35 years, retired couple at risk of losing home in High Park”
https://www.toronto.com/news-story/7394278-after-35-years-retired-couple-at-risk-of-losing-home-in-high-park/

“Couple being pushed out of home vows ‘they’ll have to take us out in handcuffs'”
https://www.cbc.ca/news/canada/toronto/high-park-development-bateman-rental-1.4189435