The Guardian Explores How Gentrification Has Finally Reached Parkdale, Toronto 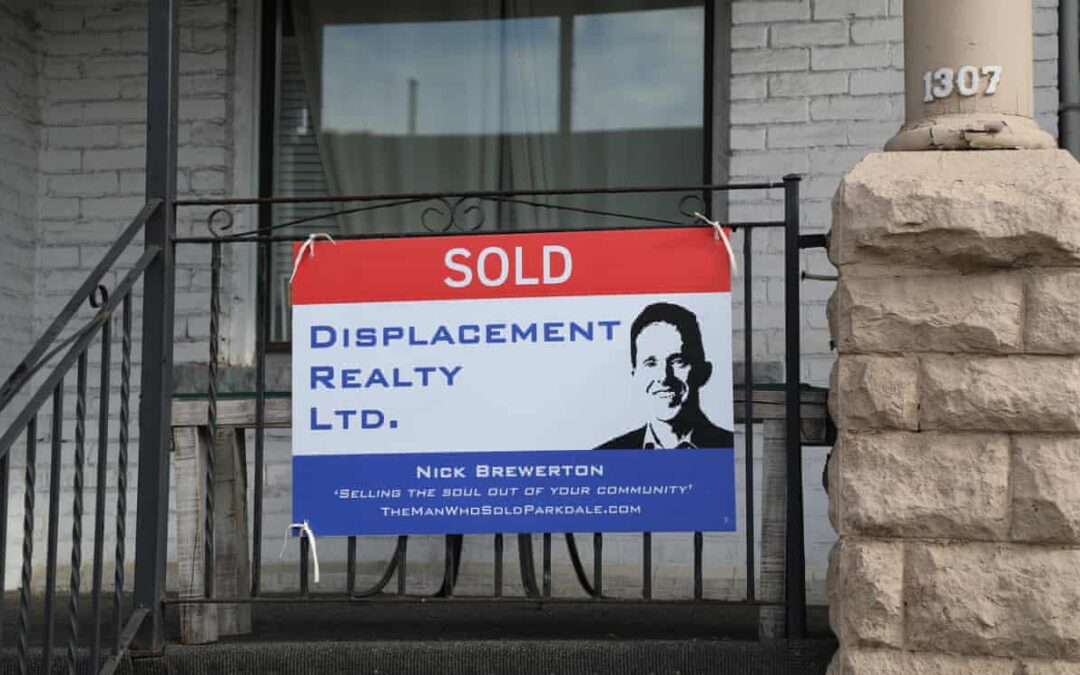 Community anger is strong and has resulted in a number of protests and campaigns. Photograph: Rene Johnston/Toronto Star via Getty Images

Parkdale is in the news in this story from the Guardian

The venerable UK publication The Guardian has published an article looking at how one of the last neighbourhoods resisting gentrification has become fully corporatized.

In the article, entitled “‘My Parkdale is gone’: how gentrification reached the one place that seemed immune,” the article explores the rise of trendy retail and the more pernicious element of corporate property managers moving in and degrading life for residents via poor maintenance and services.

Murray Whyte writes in this excerpt:

Parkdale, however, an inner-city neighbourhood just six kilometres west of downtown along Lake Ontario’s shore, has long been an outlier. As Nguyen spoke, runny-nosed toddlers fiddled with coloured blocks, while their parents, all recent immigrants, tried to focus on an English as a second language class. Outside, Queen Street bustled with an almost fairy-tale version of multicultural Toronto: Tibetan monks in flowing orange robes slipping into a flow of South Asian, Caribbean and African immigrants; a mom-and-pop grocer sells roasted barley, a favourite Tibetan snack; other restaurants offer roti, a Jamaican/Indian wrap that fuses the spicy flavours of both cultures.

But the lively streetscape here masks a threat to what could very well be the last island of diversity in a city swamped by the flood waters of global capital. Huge international real estate investment firms have embedded themselves in Parkdale’s urban fabric, buying dozens of apartment towers and thousands of rental units. Residents claim that threats, intimidation, rampant eviction notices and strategic neglect have become common. So too have tenant protests and rent strikes, where slick corporate offices find themselves occupied by hundreds of angry tenants demanding redress.

It’s a wonderfully vivid article. Be sure to give it a read.